A Winter’s Tale  was produced in Uni Bastions in December 2013, and Uni Mail in February 2014. Trailer  Flyer

Set in modern dress yet accepting all forms of expressive artifices, we have developed an approach to the work based on a direct encounter between actors and spectators, movement and spatial awareness, deep emotions and pure entertainment. Ours is a swift Winter’s Tale, one which has sought to keep an eye open on its surroundings and include the audience in its festivities.

Leontes, the King of Sicilia, and Polexenes, King of Bohemia, are about to part friendship and suspend bonds of amity that have united them since childhood. Like a serpent, an infectious jealousy has entered the realm of Sicilia promising its imminent demise. Condemning the lives of those he loves, will the hero find redemption or has he himself become the subject of the lies he has sprouted in his land? Might the craft of Camillo and Paulina ever bring back his beloved Queen Hermione or has she remained silent for all these years for a reason? All questions have been asked… 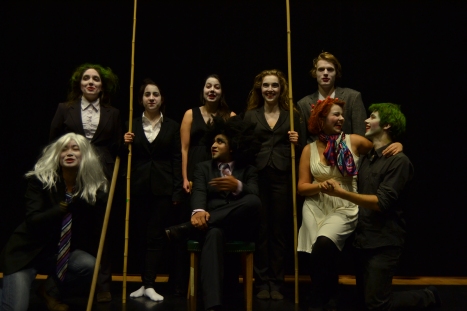 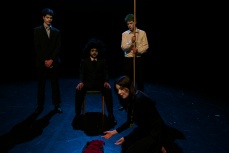 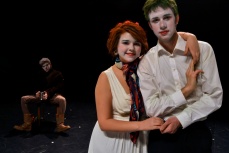 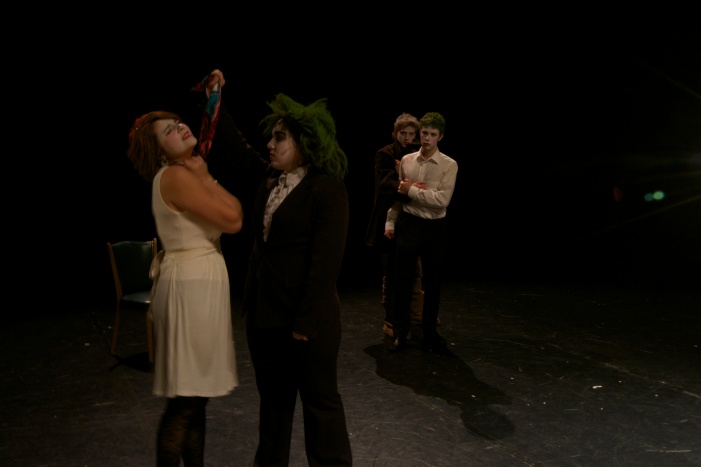